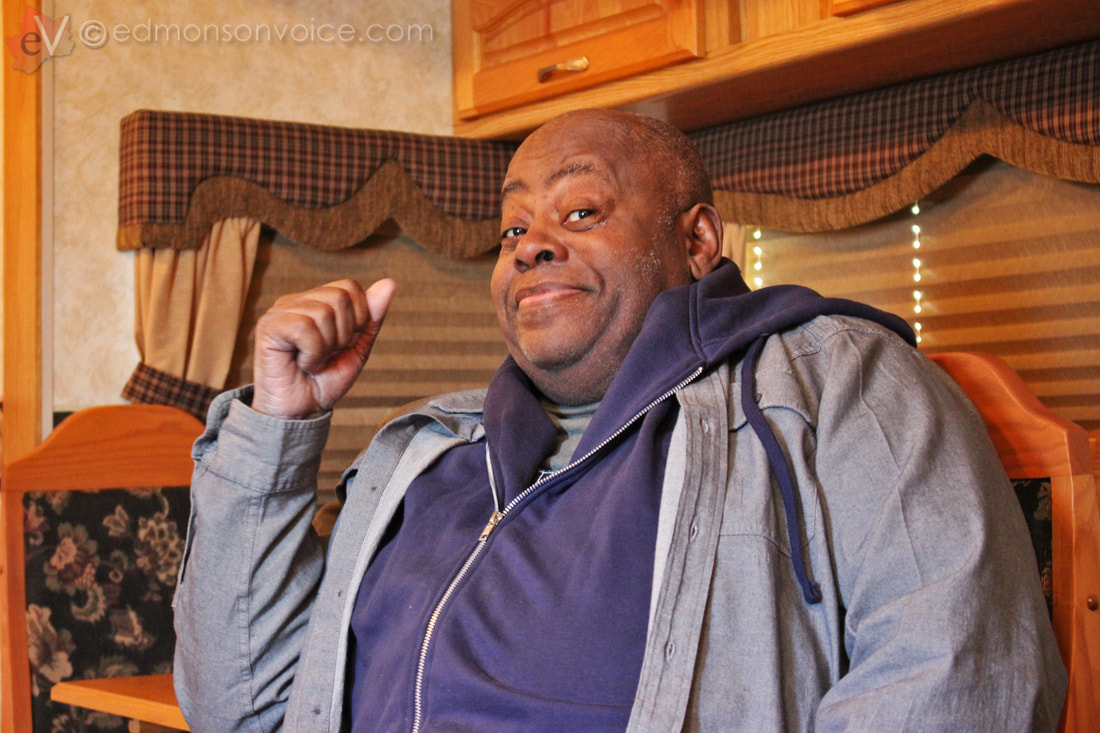 Actor Reginald VelJohnson, starring in "The Prayer Box," filmed in Brownsville.
Darren Doyle, story and photo:
Many of today's actors and celebrities that rose to fame early in their careers for a specific role try to steer clear of them, and some pretend like the old days didn't even happen. That's not the case with actor Reginald VelJohnson, known for his Die Hard and Family Matters fame.

He played Sergeant Al Powell in Die Hard in 1988, which then led to the call for an opportunity to audition for Carl Winslow, a police officer and family patriarch of the Winslow family (and opposite of the infamous Steve Urkel), in the hit ABC show, Family Matters.

VelJohnson, or "Reggie," sat down with us last week on set of "The Prayer Box," a faith-based movie that was filmed in Brownsville. He's enjoying his profession in somewhat smaller roles these days, but he still embraces his earlier career that people still remember today.

"I'm glad people still respond to those characters," he said. "I just keep going with it...although Steve Urkel still comes back to haunt me sometimes," he said with a chuckle.

"I was approached by some folks in L.A. as I was doing Die Hard and they wanted me to read for this part for a new sitcom. I'm from New York, so my plan was to go out to L.A., stay for a couple months, then go back home. But this thing, Family Matters came along and I ended up staying for nine years."
Family Matters ran on ABC from 1989-1998 and was part of the famous "T.G.I.F." lineup with several other hit shows throughout the years. VelJohnson said he and other cast members never dreamed that the show would have such an impact.

"We had no idea whatsoever. I mean, it was a nine-year run! I thought I was going to do a pilot and go home, but then I just ended up running with it."

Reggie said that he stays in contact with his former Family cast members and there has even been discussion of a reunion that could resemble a Full House/Fuller House-type thing, although he said nothing had been confirmed.

Since Family Matters, VelJohnson has made dozens of TV and movie appearances, ranging from the well-known police officer-type to funny, serious, and even colorful characters. He said he's embraced the faith-based film genre and has thoroughly enjoyed it.

"I just enjoy the way things are done on a faith-based film. It's different than lots of things in L.A. It's connected to God and that makes me happy. I don't do these films necessarily to get closer to heaven, but my career has led to this. It's funny, first it was a little bit strange I guess, but then I really began to enjoy the process and the genre. I hope people respond to it (The Prayer Box). It keeps me working in new and different places, like here in Kentucky."

He said this is the first time he's ever traveled to the Bluegrass State, and as you would imagine, he found it quite different than Hollywood, especially in Brownsville.

"It's the first town I think I ever worked in that didn't have a stoplight, but everyone here has been wonderful. You don't get this in L.A. I can't get over how many times I've been invited to someone's home to eat. I just can't understand how people here are that wonderful."
​Filming is set to wrap up on Wednesday, December 20th and he said he plans on heading back home to be with his family for the holidays, although he felt like he has a new family here.

"I can't even begin to count how many people have invited me to dinner...I'm serious. Everybody says 'you need to try my' whatever dish. Or, 'you think you like _____? Well, you haven't tried mine!' And the people are genuine. This whole town is really one big family."

"I think the movie here will attract more people and I hope that when I tell everyone how wonderful the people are here, they'll believe me, and they'll come here."

VelJohnson said he'll continue to embrace the Die Hard and Family Matters fame, but the one lesson he said he's learned through it all is that family still does matter.

"It does. And it's important to remember, no matter who your family is. I'm heading back soon to see mine, after I see Star Wars. I plan on spending Christmas at home with my dogs, but my niece is also getting married so I'll get to be with her. We're nothing without a family and you guys have that here in this town. Family does matter."

Reggie was gracious enough to jump into that smiling character we've all known and he allowed me to take a photo for the article. I took one click and it's the photo you see published. He also joined me for a couple of selfies. A half hour conversation with him reminded me that although there's not much industry, commerce, or a stoplight in Brownsville, we have something you don't find everywhere, and that's family.

​He said he'd definitely be back as soon as the opportunity arose. If he does, I'll invite him to my house; my wife makes a mean bowl of mashed potatoes.